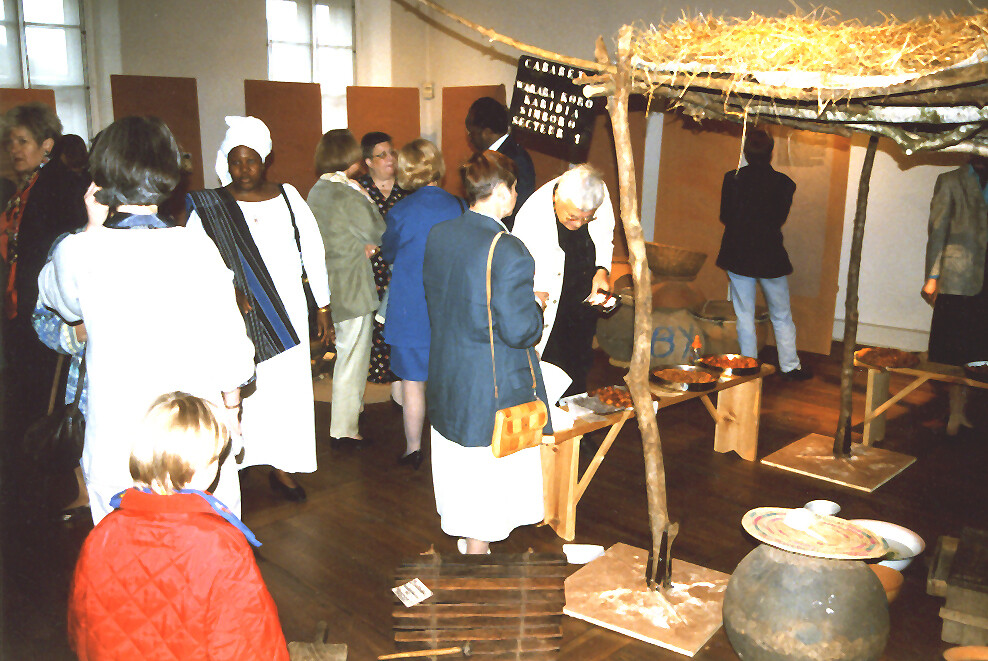 Where we showed our exhibition so far:

"MUSEUM MOBIL" in the City of Fürth

The brewers in Burkina Faso and Mali produce “dolo"; (millet beer) from millet. Mostly the women work in a division of labour and together, hoping to earn their own income by selling the Dolo in the “Cabaret".

The “Cabaret", a farmstead with a brewing stove, forms the centre of the exhibition. The equipment includes the complete equipment for beer production and a shade roof under which the beer is served to the guests. Music instruments are for entertainment.

The exhibition is supplemented by short biographies of Franconian brewers. The memories of the „Kochtopfbrauereien“ (“pot brewers") of bygone times, comparable to the West African women, are of the hope of earning their own money by selling agricultural products.

Professionally trained female beer brewers in Franconia, on the other hand, draw parallels between their own economic situation and that of West African female brewers in relation to the competitive pressure exerted by international beer groups.

back to "museum-and-exhibitions"
back to "home"