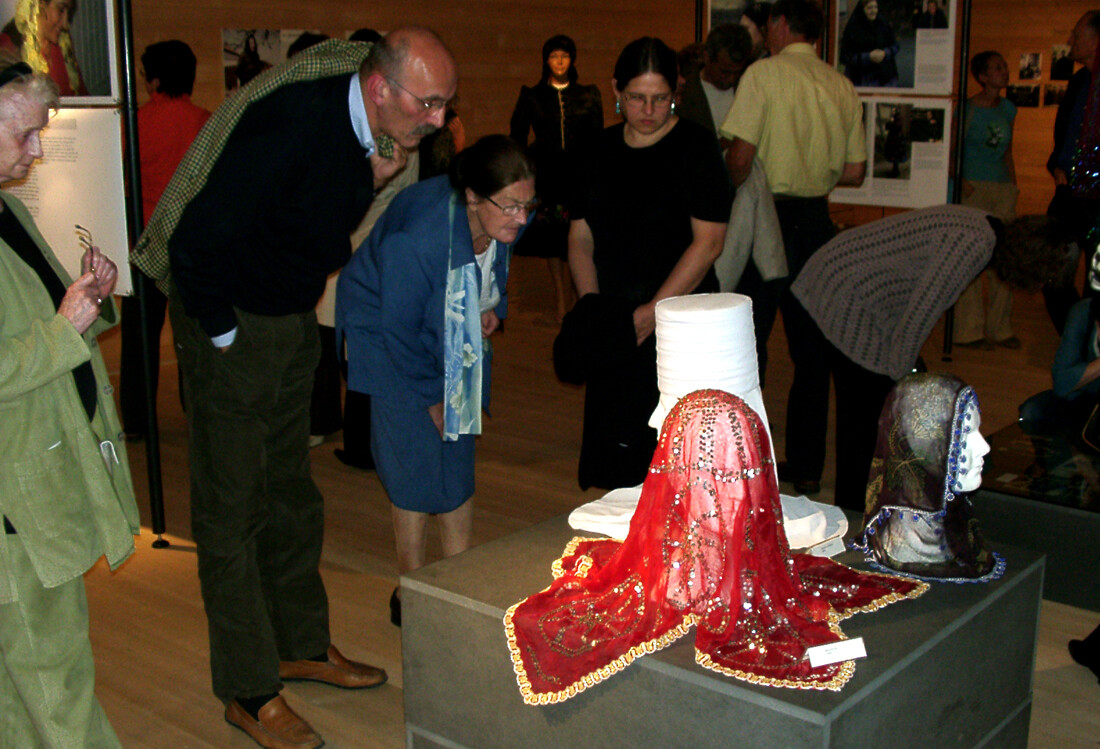 2-language exhibition in German and Turkish

“Kopftuchkulturen" is the most famous exhibition of “Frauen in der Einen Welt e. V.“ It has been shown at 50 locations in Germany and Europe, including Brussels (B), Meran (I), Hittisau, Vienna, Hartberg (A) and most recently Nördlingen (D). Under the title  „Das Kopftuch“ ( “The Headscarf") the exhibition has been travelling since 1986 with the focus on a German-Turkish cultural comparison; in 2003, due to its rich collection of international headscarves and themes, it was renamed in „Kopftuchkulturen – Ein Stückchen Stoff in Geschichte und Gegenwart“ (“Headscarf Cultures - A Piece of Fabric in History and the Present").

The headscarf, the piece of cloth, connects women who wear it. Statements by women - very personal and quite contradictory - form the core of the exhibition, followed by objects and photographs, supplemented with current and historical testimonies. Worldwide the headscarf is a part of festive costumes, everyday clothes, folk art and fashion. In the process of interpretation and reinterpretation it is subject to constant socio-historical change.

The questioning of the own and the foreign and the reflection of the foreign in the own is the concern of the exhibition and invites borrowers to supplement the exhibition with their own contributions - regional/international - see e. g. Frauenmuseum Meran mit Südtiroler Tracht or the exhibition in the integrative programme of the „Interkulturellen Woche“ (“Intercultural Week") Nördlingen 2010.

back to "museum-and-exhibitions"
back to "home"