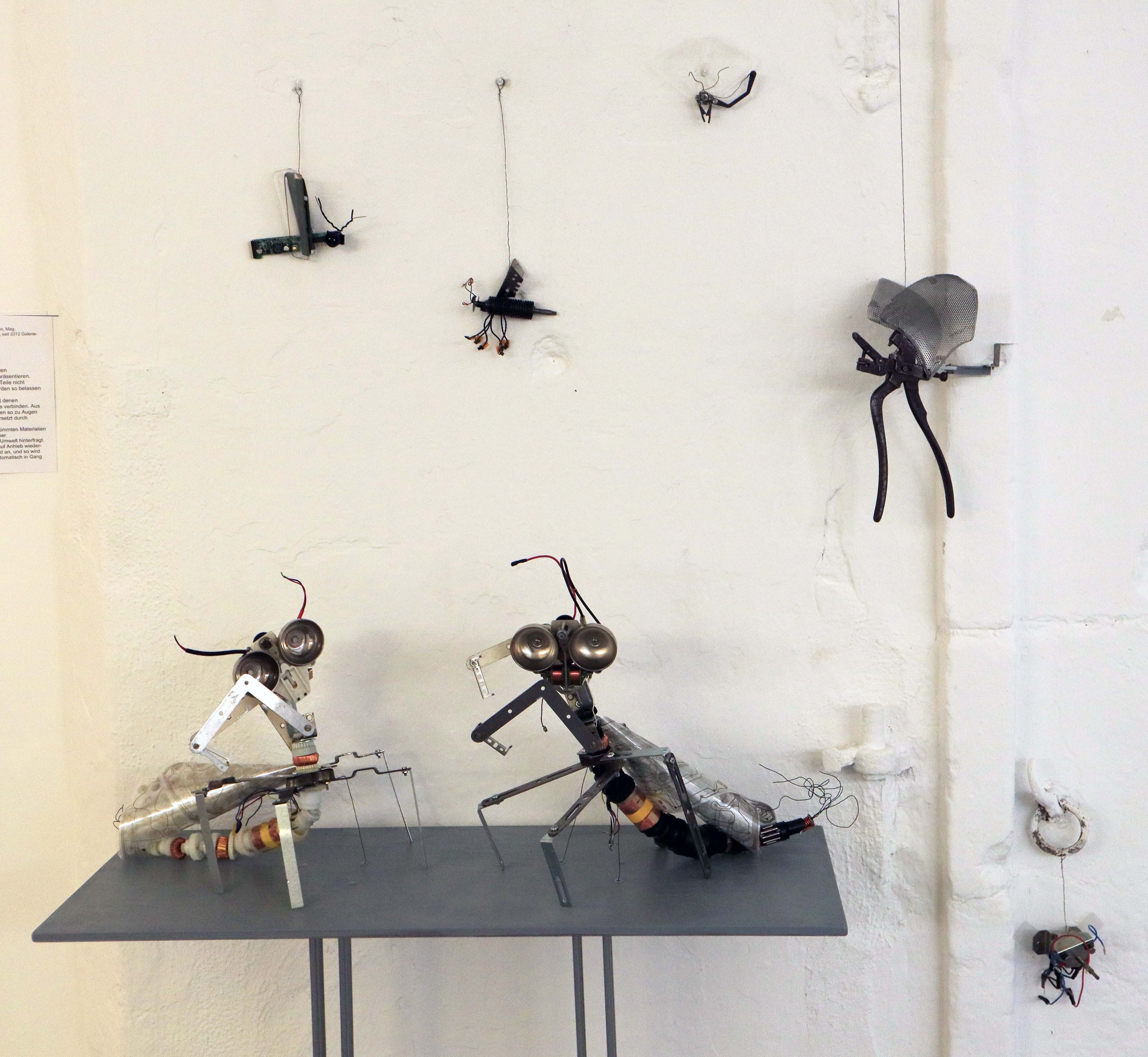 We visited the artist Irene Kress-Schmidt in her Nuremberg studio, to find out how she could participate in our new exhibition on women and technology in the Nuremberg metropolitan region.

The visit turned into a long afternoon, because it took time to get to know such a versatile artist with an exciting résumé spanning Kazakhstan, Berlin and Franconia. She is a painter, she plays the piano, she writes, she translates Russian literature, she has learned ballet, and much more.

For our exhibition, her figurative objects made of technical parts are particularly interesting.

Ms. Kress-Schmidt creates new objects from computer parts and various prefabricated parts. She creates animals, people, groups of people, and urban landscapes. Each component used remains a “thing-in-itself.” But it is also brought into a new, often ironic, context. That way, the tinny earcups of older telephones are transformed into the oversized eyes of metal praying mantises.

An incredible number of objects is on display, ranging from a little snowman to lively landscape scenes, from a sleigh driver to two tiny armies ready for battle. And plugs are the only “adhesive.” Nothing is artificially connected by gluing or soldering.

It took us two attempts to decide among the many tempting objects. But now, two large praying mantises rest in our exhibition, awaiting their prey.